When life gives you lemons, make a donation 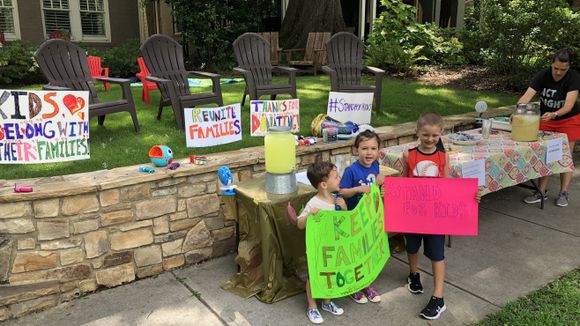 A 6-year-old in Atlanta started a lemonade stand and raised $13,000 to help families separated at the border.

With news of immigrant families being separated at the Mexico-US border taking over the public consciousness last week, Shannon Cofrin Gaggero asked her son if he would like to help.

He responded, “What about a lemonade stand?” And then he got to work.

Gaggero raised over $1,100 in person and a total of $13,000 with the help of a Facebook page, which he donated to RAICES. The Texas-based nonprofit provides educational and legal services for immigrants and is working to reunite children with their families.

Gaggero's contribution was part of a broader, $20 million campaign, which tripled the yearly operating budget of RAICES.

Gaggero's stand featured signs to raise awareness, including "Kids belong with their families."