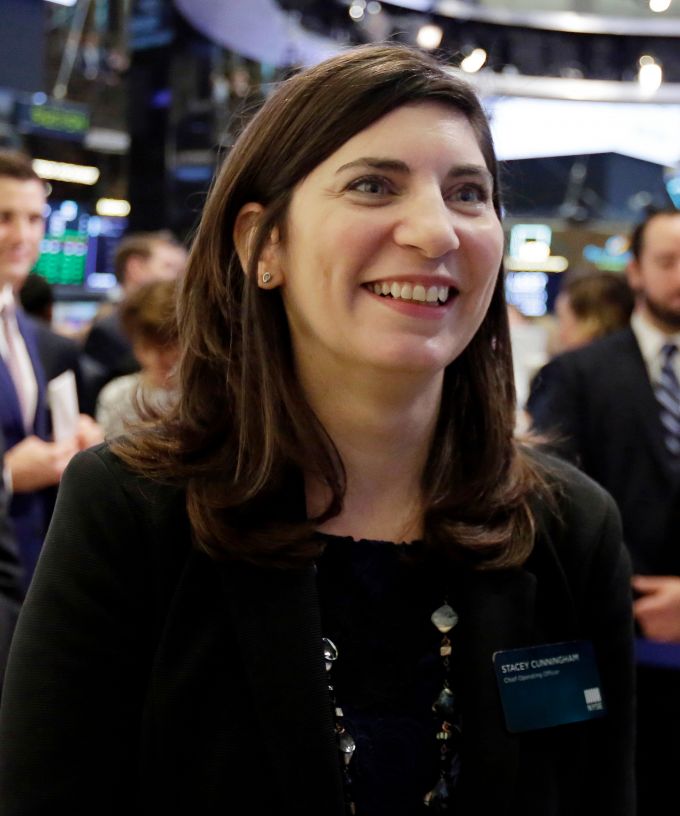 Currently the NYSE's chief operating officer, Cunningham will take over for Thomas Farley.

Cunningham's career in the NYSE started as an intern in 1994. She returned in 2012 working for NASDAQ and has been making her mark ever since.

Cunningham's inspiration has been Muriel Siebert, who became the first woman to own a seat on the NYSE in 1967.

Now, two of the world's biggest stock exchanges will be run by women, the NYSE and NASDAQ.

Congrats, Stacey; go show Wall Street what you're made of.