Cleaning up not shutting down 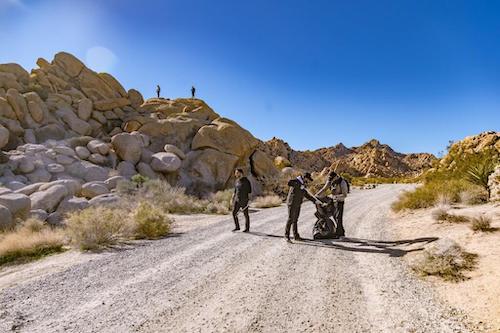 In the face of the government shutdown, private citizens are volunteering their time and effort to help keep America's National Parks clean.

Due to the partial federal government shutdown, some National Parks are closed while others remain open with limited staffing. With the shutdown nearing its third week, volunteer groups have begun doing what they can to help keep our national parks clean and open.

In California, Ken Yager and his cleanup nonprofit, Yosemite Facelift, have pushed up the date of their annual summer clean up in Yosemite National Park.

“There are a lot of us who were concerned about so many people in the park and the lack of park service infrastructure,” said Yager. “We’re just trying to maintain our beautiful parks until we get our beloved park services back.”

Likewise, Mike Skelton of Montana has organized clean up parties of up to 40 people in Yellowstone National Park. As Skelton said, “All of these National Park Service people are unable to do their job through no fault of their own.”

Elsewhere, dozens of volunteers from the Ahmadiyya Muslim Youth Association, a Maryland-based organization that regularly organizes community service cleaning efforts across the country and the same group that helped clean up after New Year's celebrations last week, have mobilized in the Everglades, Philadelphia, and the National Mall in Washington, D.C.

Additional efforts have taken place across the country. As Skelton said in reference to Yellowstone, “We all live here. When it gets down to it, it is our park and it belongs to all of us in this country.”