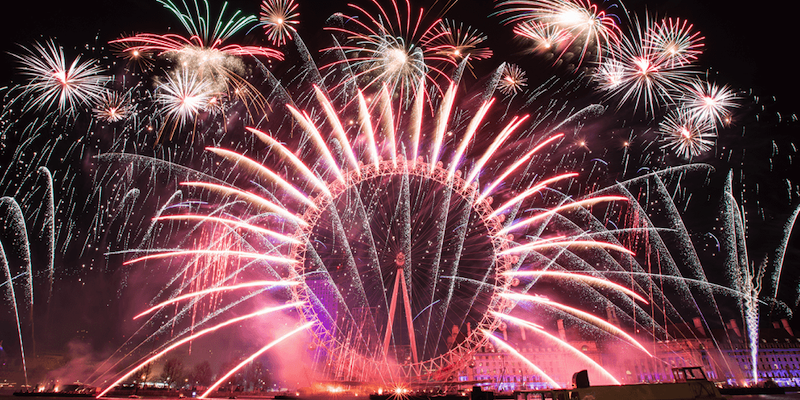 If you haven't heard, it's 2019! While there is bound to be even more good happening in the world this year, we didn't want to flip the calendar without taking time to look back at all of the goodness 2018 had to offer. Here are our favorite stories from the year:

Political engagement was at an all-time high in 2018.

One woman spent her October walking door-to-door at 84 years of age to register voters in Kentucky.

The midterm election was a night of firsts, with the most diverse pool of winning candidates ever assembled.

2018 saw people and companies go above and beyond to help save the one planet we've got.

The Wyss Foundation donated $1 billion to launch initiatives to help save the environment, called the Wyss Campaign for Nature.

The Ocean Cleanup created a nearly 2,000-foot long floater that can collect almost 5 tons of garbage per month from the sea.

Maersk, the largest player in the global shipping market, committed to reducing its carbon emissions to zero by 2050.

It was a year of change and inspiration in the world of entertainment and celebrities.

Crazy Rich Asians, along with Black Panther, broke down barriers at the box office.

Kylian Mbappé was named Best Young Player after winning the World Cup and then donated all of his World Cup earnings to charity.

Celebrities made extraordinary efforts to help in the wake of the California wildfires.

Progress was made on a number of social issues in 2018.

For the first time, Sesame Street educated its viewers about homelessness.

A young girl created a new fashion line, "Flexin' in my complexion" to combat racist bullying.

Hundreds of women known as the "sister survivors" were honored with the Arthur Ashe Courage Award at the 2018 ESPYS.

The world saw many crucial advancements in science and technology over the last year.

A new medical device, the MitraClip, is working to improve life expectancy and quality of life for two million Americans living with heart failure.

A new tablet with liquid-based technology may redefine the way Braille is read.

Infants on the remote Pacific island of Vanuatu became the first people to be immunized with vaccines delivered by commercial drone.

And lastly, some corporations went out of their way to make a positive impact on the world.

Starbucks opened its first "signing store" in the United States, increasing accessibility for the hearing impaired in Washington, D.C.

Nearly 250 large companies made a pledge to make their plastic packaging 100% recyclable by 2025.

On top of all this, it was an amazing year for us at Givebutter and The Good Newsletter. Thank you for all you've done to make the world a better place through fundraising, giving, reading, and sharing. We can't wait to be a part of your 2019!