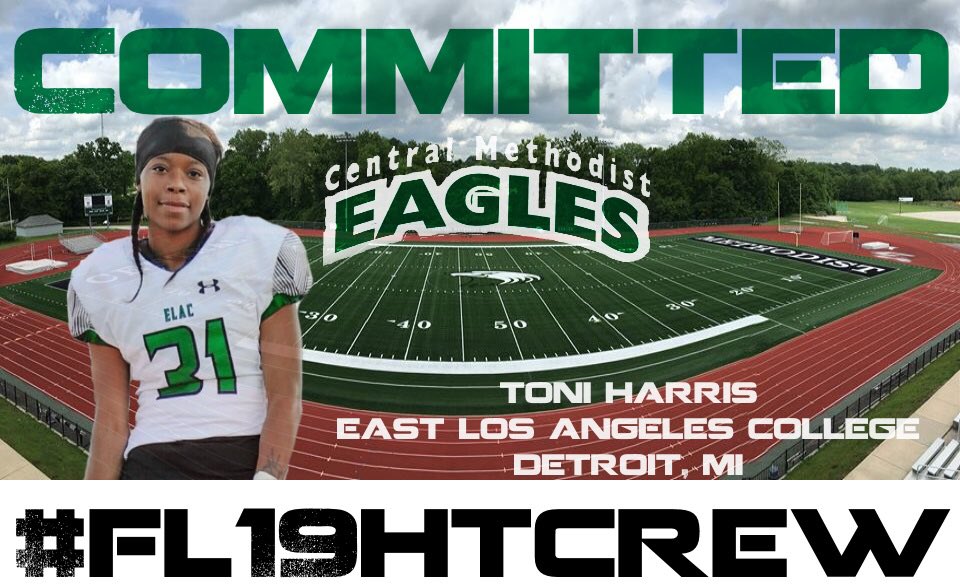 Toni Harris will become the first female skill position player in college football history after signing a letter of intent this week to play at Central Methodist University.

The 5' 7" safety played the last two seasons at Los Angeles College before committing to CMU this week. The college, a Division I NAIA college in Missouri, welcomed Harris to the team on Twitter.

Harris joins kicker Becca Longo as the first two women to accept a football scholarship from a college at the Division II level or higher. Longo signed on to join Division II Adams State in Colorado in 2017.

Said Harris, "A lot of coaches didn't believe in me. A coach told me nobody's ever going to play you to be at the next level. In the end, you've got to push yourself. I'm going to focus on my goals."

While succeeding at CMU is the next step, Harris has her eyes set on bigger plans for the future.

"The NFL is the dream," she said. "I'm going to be working toward that until the death of me. Whether I go drafted or undrafted, I'm pretty sure I'm going to keep my faith and God is going to take me there.