This Cup is extra special 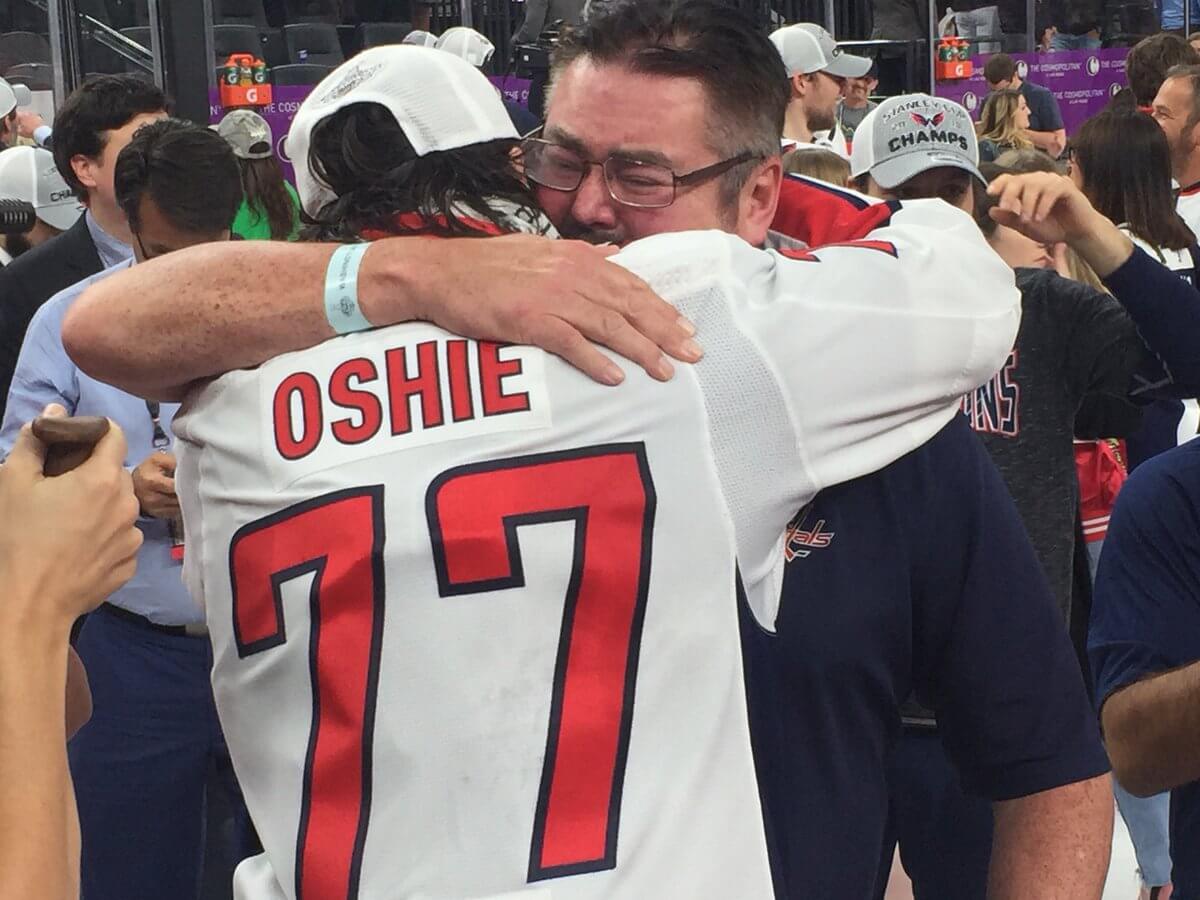 The Washington Capitals won the first Stanley Cup in team history last week, and the win was extra special for one of their best players, T.J. Oshie.

As the players celebrated the victory, one clip in particular stood out as Oshie was brought to tears speaking about his father, who is battling Alzheimer's.

Earlier this week an additional clip surfaced of the two embracing after the win.

Crying? Who's crying? We're definitely not... oh, who are we kidding?