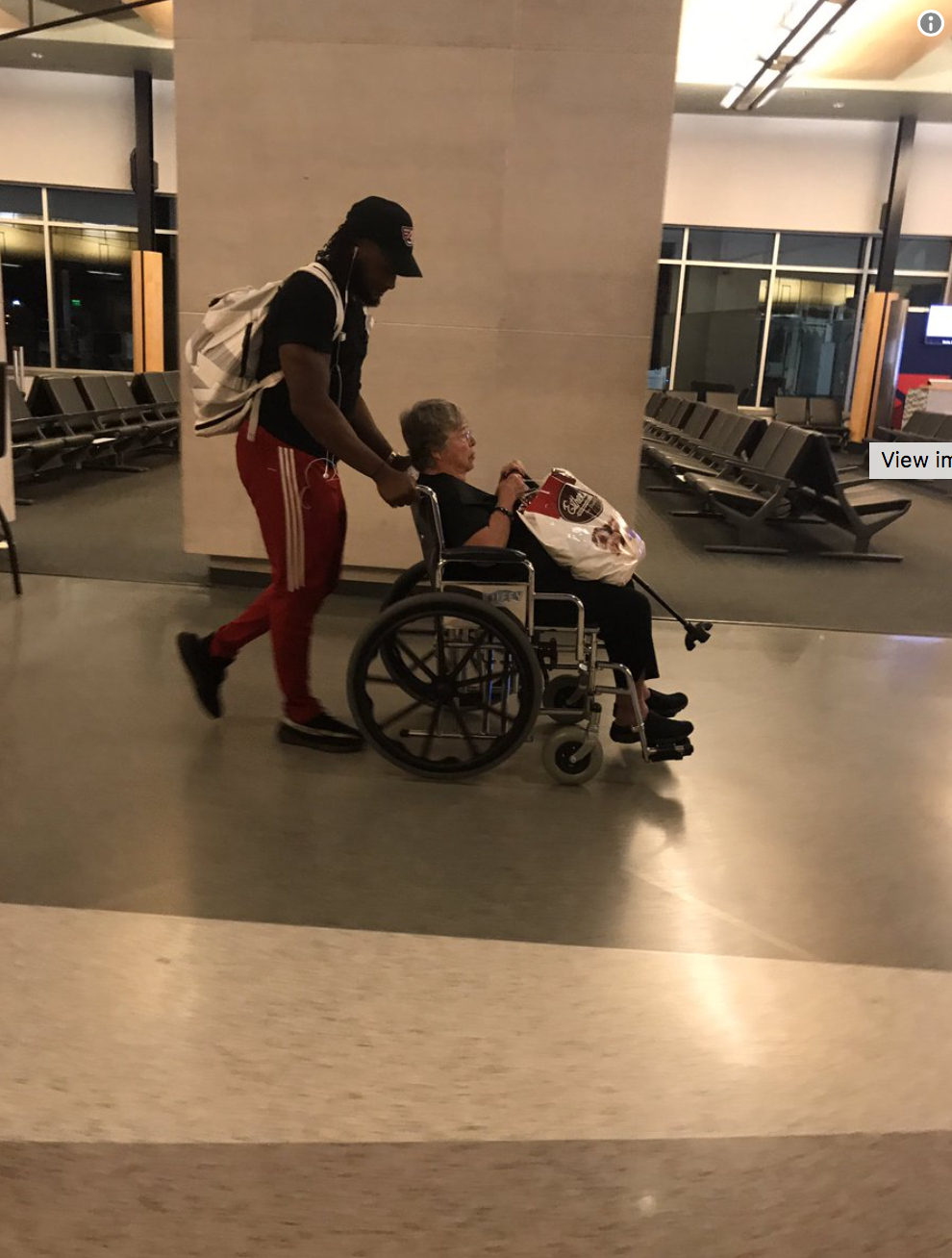 Aaron Jones, a linebacker for the Greenbay Packers, helped an elderly woman  by pushing her wheelchair through the airport when there was nobody else there to help her.

While in the Appleton International Airport in Wisconsin last week, Jones saw that the woman needed assistance. He helped her off the plane and offered to push her wheelchair across the airport.

“She had a cane, she was dragging her bags, and I was like, ‘Do you need help?’ And she said yes, so I started carrying her bags and when we were walking off the plane, the flight attendant told her that there would be somebody there to push her with a wheelchair," Jones told USA Today.

Jones had no idea anyone had noticed his good deed until it went viral on twitter by a fan passerby.

"I was just doing what anybody else would do," he said.

You're a remarkable player, teammate, and person, Aaron Jones.