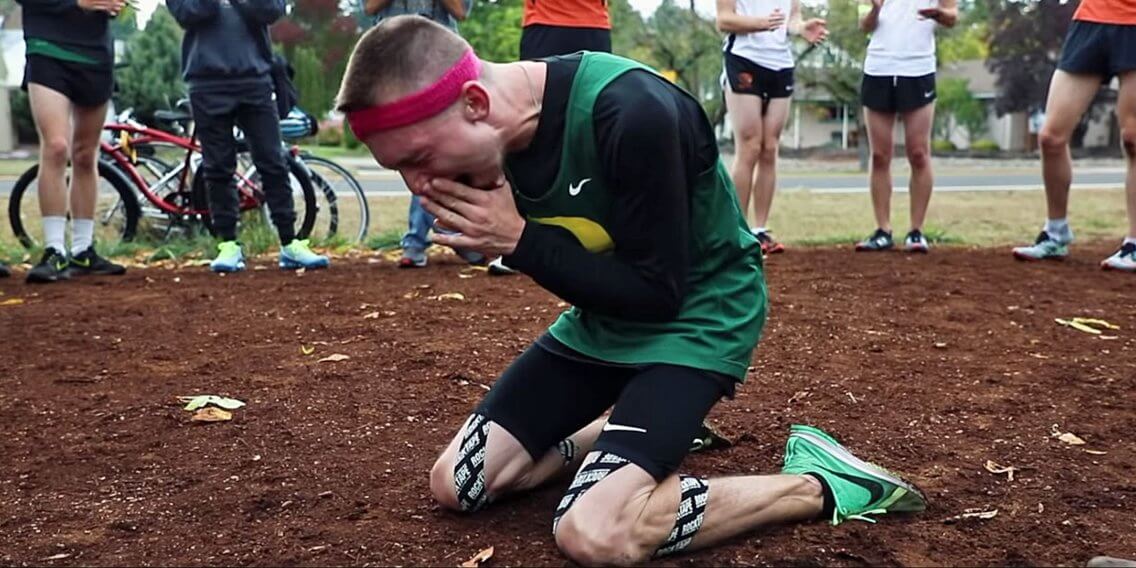 Justin Gallegos has cerebral palsy and, more importantly, a dream to run a half marathon in less than two hours. Now, the University of Oregon junior also has a contract with Nike, making him the first professional athlete with cerebral palsy.

Justin grew up using a walker, but after significant physical therapy, he was able to improve enough to move without one. In high school, he joined the cross country team. He then went on to join the University of Oregon Track Club as a freshman.

In his first meet, the Nike Pegasus shoe he was wearing fell off early in the race. The school newspaper covered the meet, and the coverage of the incident caught the attention of John Truax, a footwear marketing manager in Nike's running department.

Soon, he and Justin were working together to develop running shoes for those with disabilities. They helped develop the FlyEase running shoe which has a new lace system and zippered heel that make the shoe easier to put on and take off.

On World Cerebral Palsy Day, John showed up to surprise Justin at his cross country race and told him the news - Nike was signing him to a three-year contract as a professional athlete. A video capturing the day has gone viral.

In an Instagram post, Justin shared his excitement: "Beyond blessed to officially represent the swoosh! Still can't believe I made Nike history!"