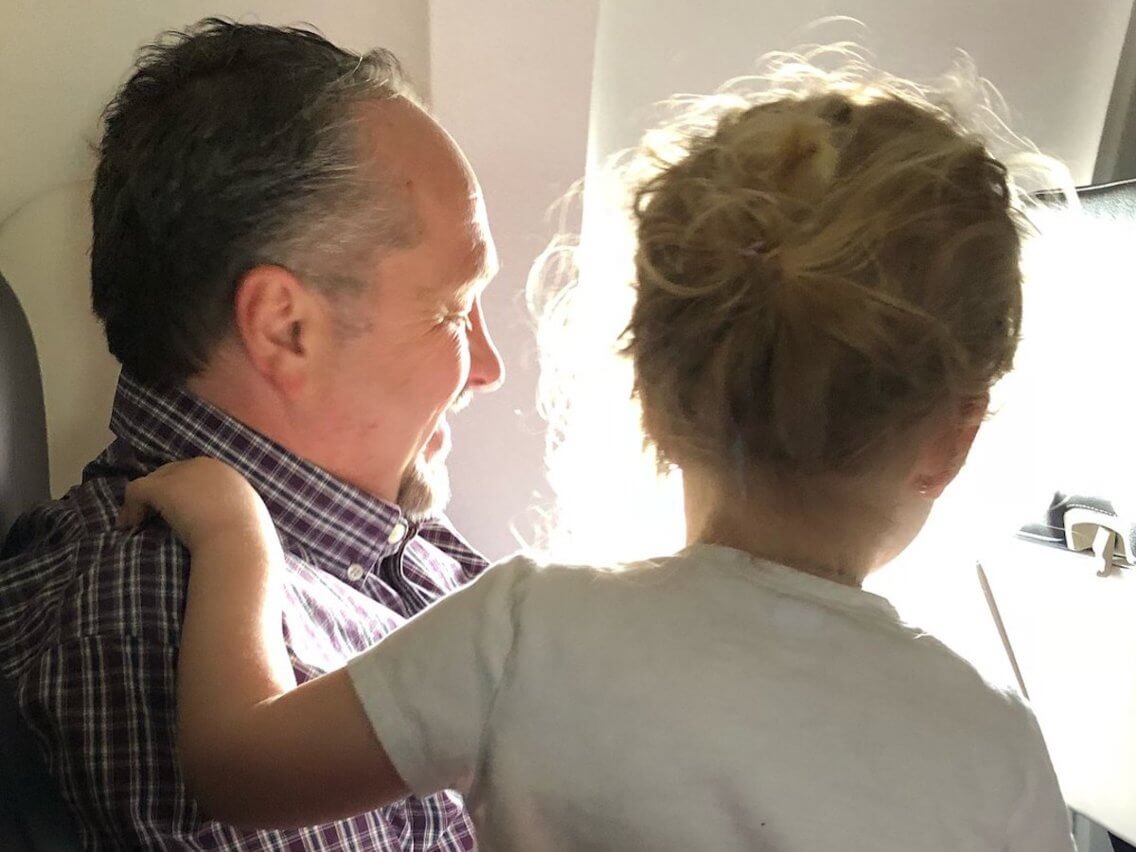 Jessica Rudeen was traveling with her 4-month old baby and 3-year-old toddler on an American Airlines Flight on April 10th. Tired and hungry, her children immediately began crying as they boarded the plane. What she thought was going to be a nightmare of a flight turned into one she will never forget.

Rudeen, fearful of a long flight with crying children, was greeted at her seat by Todd Walker.

In an attempt to relieve some of her stress, Walker asked to hold the baby.

The two kids slowly began to calm down.

By the end of the flight, Walker and the toddler, Caroline, became best friends.

"He engaged with her, asked her questions, and eventually she was offering him her coloring book to color, telling him how old she is, introducing her brother," Rudeen said.

At the end of the flight, Rudeen was beyond grateful. She posted on facebook about this act of kindness, and it immediately went viral.

The Rudeen and Walker families plan to meet up in the near future.

"Kindness is everywhere," Rudeen said. "And I think sometimes it's overlooked because of the negative side of life."

You're a good man, Todd Walker.