The last place you look 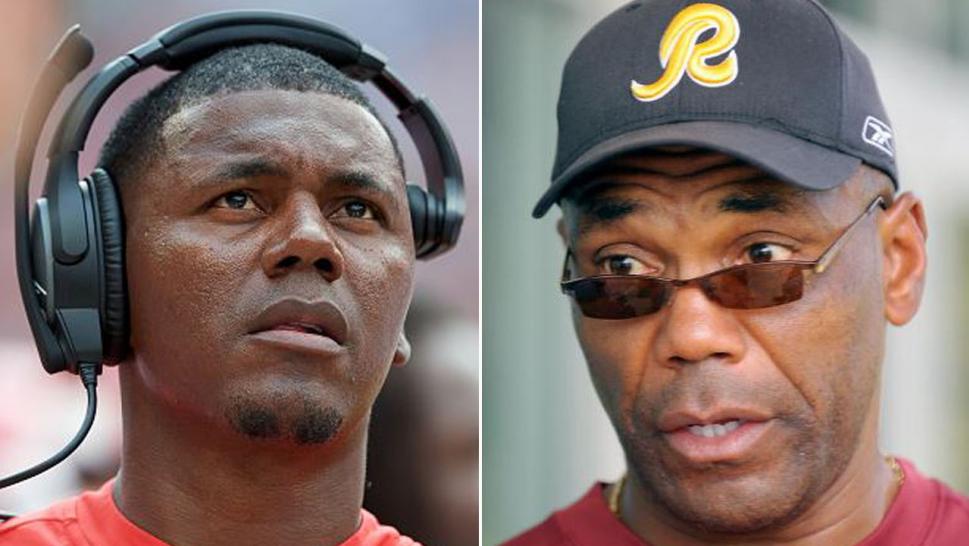 Kansas City Chiefs running backs coach Deland McCullough was adopted as an infant. He went searching for his biological father and found out he had already known him... for almost 30 years.

Deland was born to Carol Briggs, 16, and put up for adoption. Carol never told Deland's father, who was headed off to college, that she had given birth or put the child up for adoption.

Deland was raised mostly by his adoptive mother, Adelle Comer. He found success on the football field and eventually played at Miami University in Ohio and then briefly in the NFL, after which he entered coaching.

Deland wanted to learn who his biological parents were, recognizing not knowing had always left a "void" in him. After laws made it easier for him to gain access to his adoption records, he found and connected with Carol Briggs on Facebook. He asked who his biological father was.

She replied, "Your father's name is Sherman Smith." The answer nearly made Deland pass out.

Sherman Smith, then a coach at Miami, had recruited Deland to play college ball at the university. The two grew close, and Smith has been a mentor to Deland for nearly 30 years.

Deland kept a photograph of the two on his bedside table. Players often commented on how much they looked alike.

"Man, you and Coach Smith look alike," McCullough remembers them saying. "Man, you all walk alike."

Deland didn't think anything of it at the time. "There's no reason to connect those dots because you weren't even thinking about them... a sense of pride ... went through me, like, 'Wow, that explains these things,''' he said.

ESPN profiled the complete story on their program, E:60, and it swept the sports world by storm. You can read the complete epic tale here.