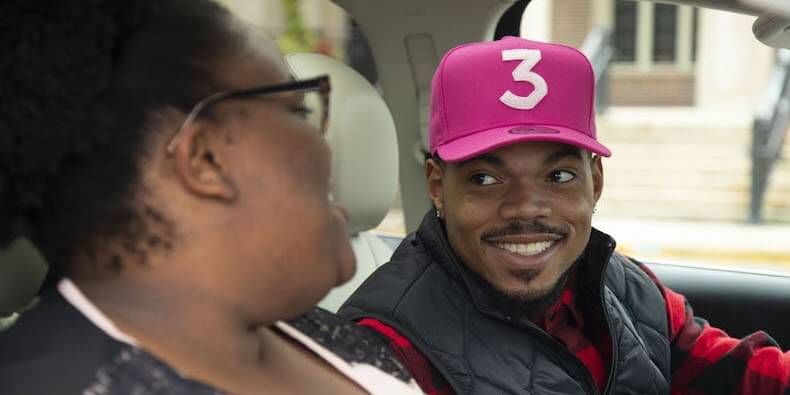 Chance the Rapper went undercover as a Lyft driver in order to raise money for Chicago Public Schools as part of Lyft's Round Up and Donate program.

Chance's nonprofit, SocialWorks, has partnered with Lyft so that riders can round up the bill for their rides to the nearest dollar, with the difference going to the charity.

To promote the feature, Chance took part in Lyft's new "Undercover Lyft" series, disguising himself as a normal Lyft driver named John while dropping hints at his true identity and convincing riders to donate to Chicago Public Schools.

Many riders were rounding up to donate change to the cause, but some of their reactions to discovering they were riding with Chance were downright priceless. The video shows one rider asking Chance, “Do you know who you are?” when recognizing the celebrity.

The partnership is the latest public effort for the musician and philanthropist. Through SocialWorks, Chance donated $1 million to Chicago Public Schools in 2017, while continuing with additional contributions in 2018. He also recently announced he would be giving $1 million to mental health initiatives through a new project, My State of Mind.

In the video, Chance says, "I’m only 25, but I bet I get a statue in my hometown when I die.” They may want to start building now.