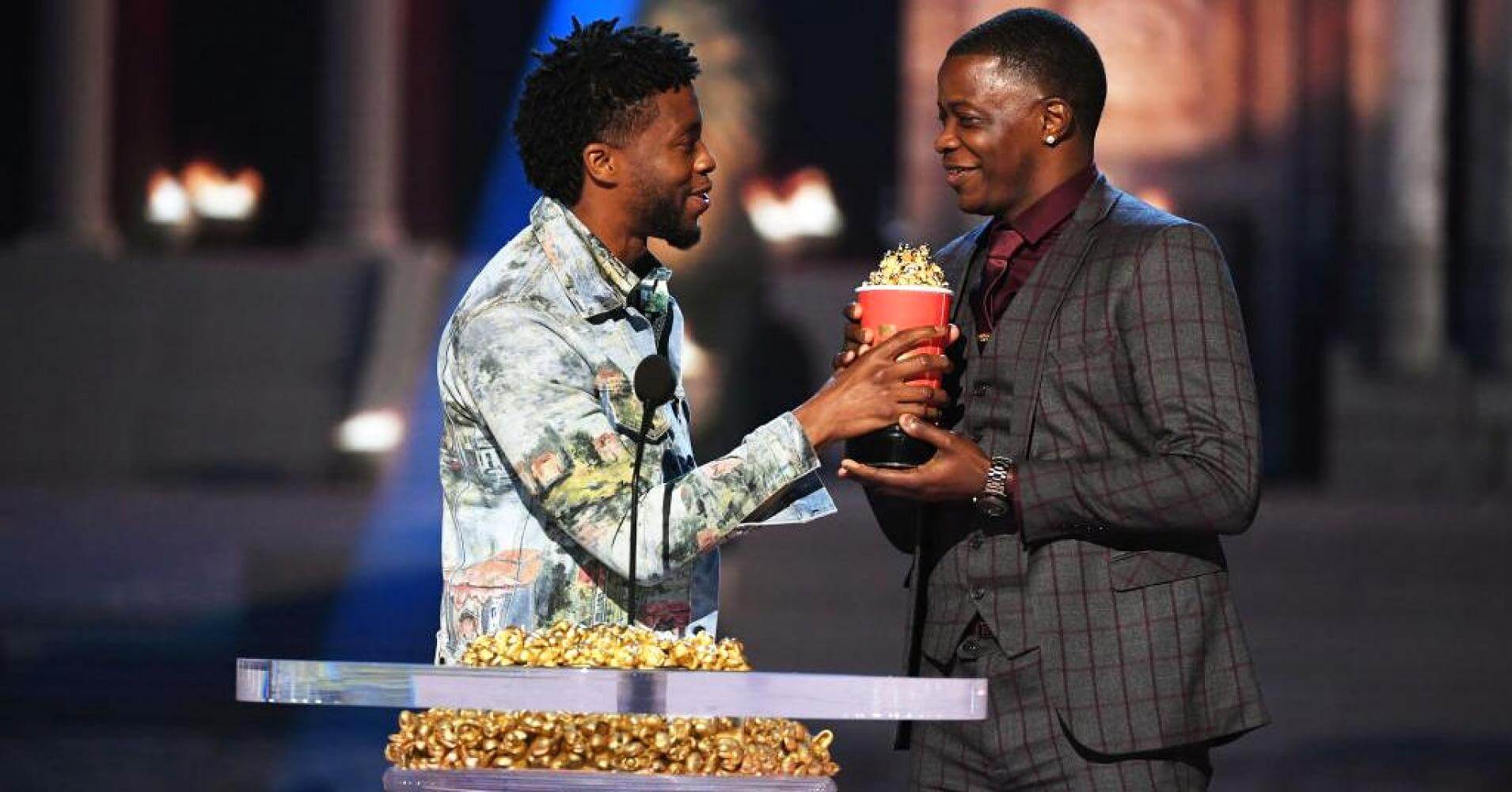 Chadwick Boseman took home the award for Best Hero at the MTV Movie & TV Awards for his role as superhero Black Panther. He took the opportunity to pass the award on to a real-life hero, James Shaw Jr.

In April, the 29-year-old Shaw famously saved lives when he wrestled an AR-15 out of the hands of a gunman in a Nashville, TN Waffle House.

Said Shaw after the incident, "I was waiting for a chance, so when I saw the barrel down I saw an opportunity, and I attacked and took it and it worked out for myself and others who were in the Waffle House." Did someone say humble?

After initially receiving the Hero Award, The Black Panther star remarked, "It's even greater to acknowledge the heroes we have in real life," and called for a shocked Shaw to stand up and be recognized.

Boseman then welcomed the hero on stage where he received a standing ovation from the crowd.

The video is quite the watch.