A night of firsts 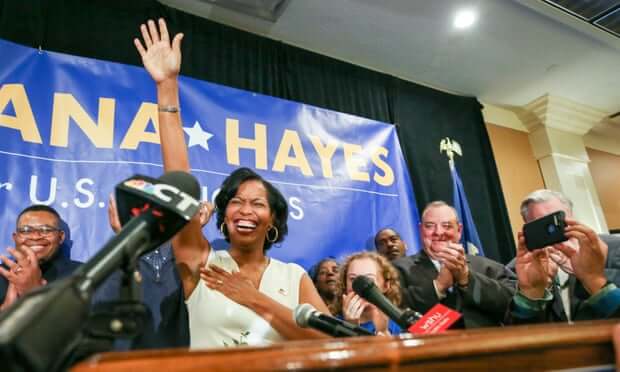 The 2018 midterm elections saw record voter turnout and a slew of "firsts" breaking barriers in politics.

An estimated 113 million people participated in Tuesday's elections, shattering the record for voter turnout in a midterm election. About 49% of eligible voters cast ballots, up from just 36% in 2014. Participation has not approached 50% in a midterm election since 1914. That's... a very, very long time ago.

Those voters elected a number of candidates set to break barriers in politics. Victories on both sides of the aisle have resulted in more women set to serve in Congress than ever before. With some races still to be decided, 95 women won seats in the House and 13 in the Senate, bringing the total number of women in Congress to 118, up from the current 107.

But the night was also marked by a number of other monumental victories.

Rashida Tlaib of Michigan and Ilhan Omar of Minnesota became the first Muslim congresswomen to be elected.

Wow. And we're not even done yet!

Do you hear that? That's the sound of a ton of glass ceilings being smashed.

Democracy is cool. Voting is cool. Just two years until you get to do it again! Mark your calendars.