A 96-year-old WWII Vet graduates from UT, as the oldest graduate in the university's history 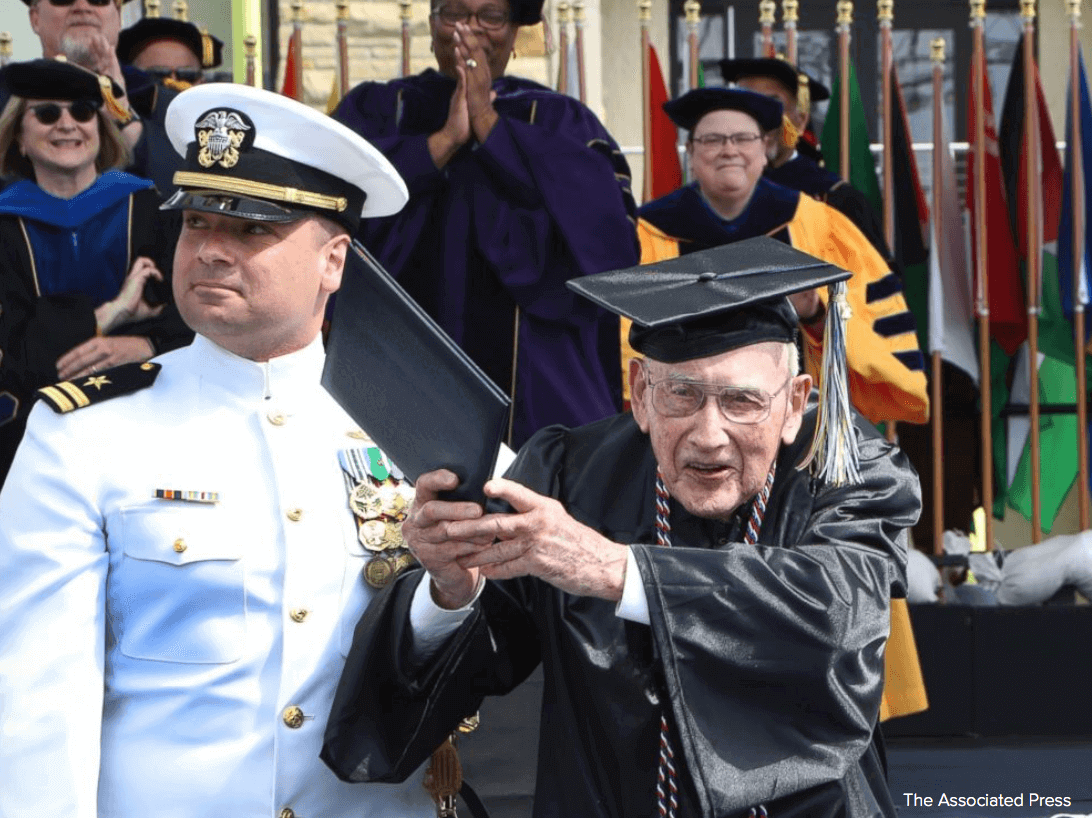 This past Saturday, 96 year old Bob Barger graduated with an associate degree in technical studies from the University of Toledo.

He is a World War II vet and is believed to be the oldest graduate in the university's history.

"I never thought I'd live to see this. Its a miracle!" Barger tells ABC.

It had been 70 years since he had been in a classroom. He enlisted in the Navy in 1940, serving as a commissioned naval officer.

When he returned from the war, he took a few classes but never finished.

It wasn't until the director of military and veteran affairs, Haraz Ghanbari, came into the picture, that Barger was able to graduate.

Records showed that he had enough credit to receive an associate degree, a two year diploma.

"We are proud to honor a member of the 'Greatest Generation' at commencement," the dean of the university said. Barger was one of 3,100 students to walk across the stage to receive their diploma.

‍
"My grandson graduated from UT, and he no longer can say he is up on me. I have a degree, just took me a while!" said Barger.