A 33-year tradition: Thanksgiving for all 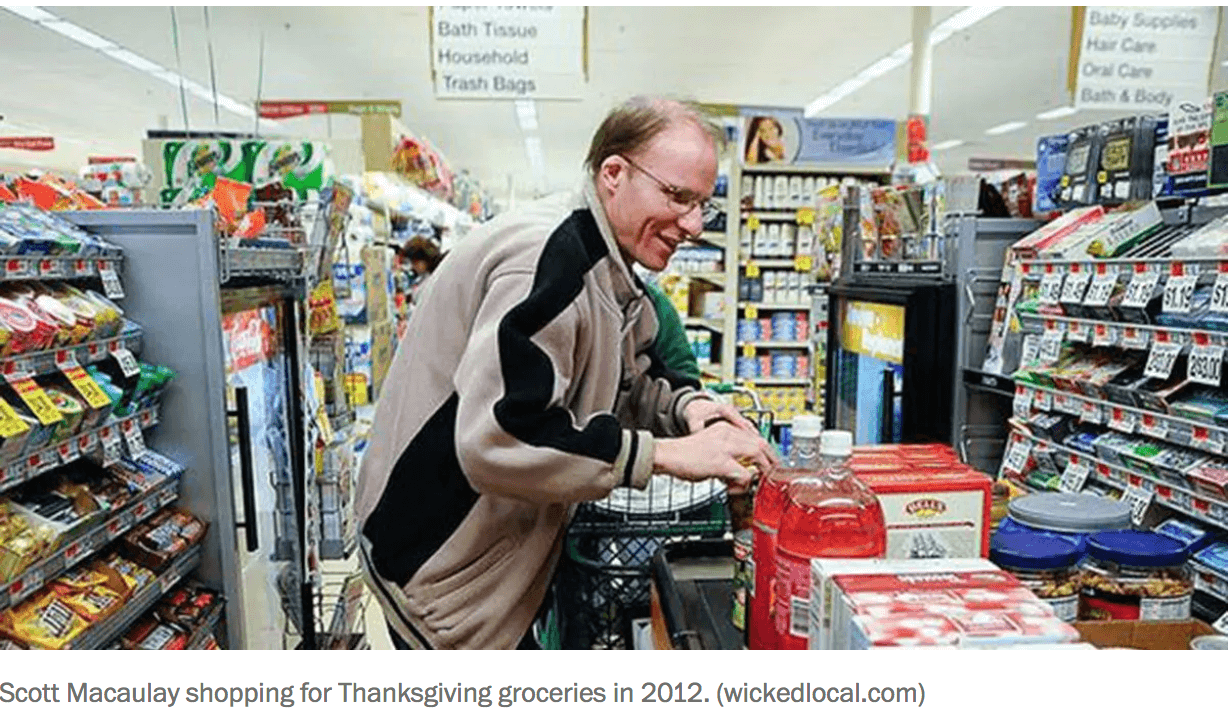 In 1985, when Scott Macaulay found himself alone on Thanksgiving, he felt pretty low: “I was looking at a pretty rotten Thanksgiving. And I absolutely hate to eat alone.” So, he decided not to. Instead of eating alone, he began a tradition of hosting a Thanksgiving meal to anyone who wanted to come. That tradition is now 33 years old.

“I knew that I couldn’t be the only one in this situation,” he said. “There had to be at least a dozen people out there who didn’t want to spend Thanksgiving Day alone."

His first meal had 12 strangers. Since then, his feast has grown to 60-100 people each year. The meal includes four large turkeys, five kinds of pie, sweet potatoes, stuffing, mashed potatoes with gravy, butternut squash, cranberries, fruit cups, and rolls with butter. What is truly astounding, though, is the stories.

“There was a guy one year who’d just lost his wife,” he said. “And after dinner, he put on her old apron and helped me to do the dishes."

One year, a woman paid $200 for an ambulance ride to his meal. It was her first time out in seven years. She wept when the dinner was over.

“He prepares it all and we bring ourselves,” said Geoff Shanklin, a patron who has attended from the beginning. “He really enjoys passing it on to lonely people in Melrose. For people like me with nowhere to go, Scott is family.”

Macaulay has his guests write down what they are thankful for, so he can read them throughout the year.

“This isn’t about the food, though,” Macaulay said. “It’s about having a place to go. Silence is unbearable, especially on Thanksgiving. My goal is always to replicate the feeling of having a nice dinner in somebody’s home.”