82 year old Mona Monahan has trouble doing her makeup, so her husband does it for her 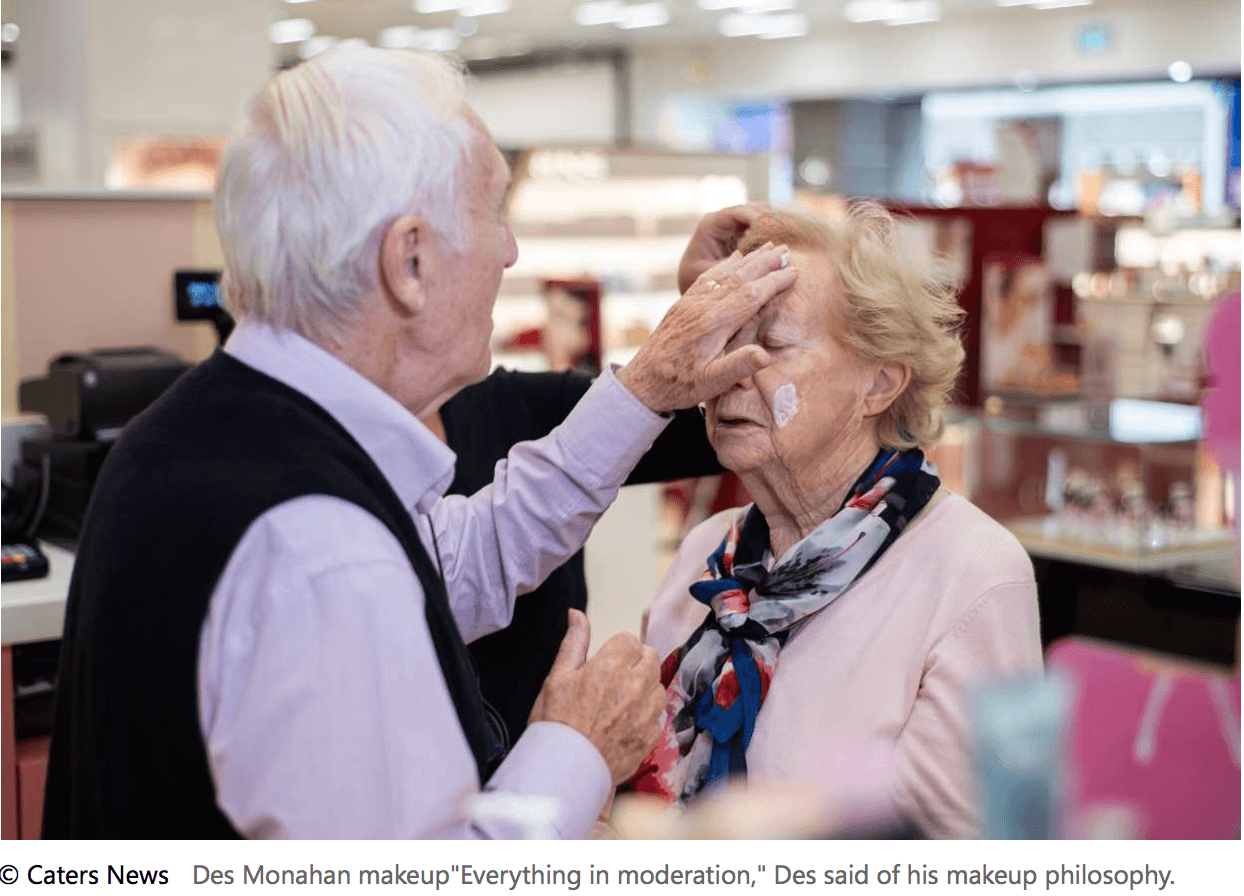 82 year old Mona Manahan's poor eyesight gives her trouble when trying to do her own makeup. So her husband of 56 years, Des Manahan, took lessons so he could do her makeup for her.

When Mona was getting a beauty lesson from a woman named Rosie O'Driscoll, Des was giving her a hard time.

"I started messing with her and I said, 'Look, you've got it crooked there, you did this wrong,' joking her," Des told TODAY Style. So O'Driscoll handed him the brush and told him to do it himself. He took the brush, and surprisingly was a natural!

Des came back for more classes because he enjoyed doing Mona's makeup so much.

He learned how to do everything. "We definitely don't go for any kind of heavy makeup of any kind," Des said, and then adding that, "less is more."

Des's skills and story spread around the world. Mario Dedivanovic, a celebrity makeup artist whose clients include Kim Kardashian, JLo, and Christiana Aguilera, heard Des's story and was so touched that he invited the couple to one of his master classes in London.

"My heart felt so full seeing them there in front of me," Dedivanovic wrote on Instagram.

Des's love for Mona has lasted for years, and their unwavering dedication to each other is seen with every time he does her makeup. Des says his main concern when doing Mona's makeup is to not irritate her eyes, which are very sensitive.

This couple's strength goes beyond makeup; it is profound beyond words.