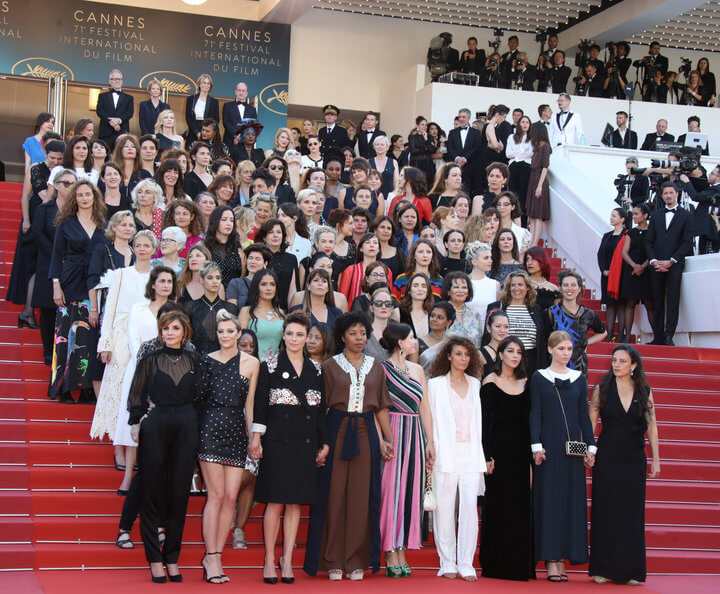 Eighty-two women walked in solidarity for gender equality at the Cannes Film Festival this past Saturday.

Led by Blanchett, these world class actresses wanted to take a stance regarding the high number of male directors, actors, and award winners that have climbed those steps, compared to the minute number of women who have done the same.

To these actresses, however, the problem is throughout the entire film industry.

"Women are not a minority in the world, yet the current state of the industry says otherwise," Blanchett told The Hollywood Reporter.

Blanchett also explained that the 82 women on the steps was not a random number.

These women are a symbol of strength and solidary to gender equality in the film industry.

The march was planned by 5050 by 2020, a French movement dedicated to gender equality in film.

Keep climbing, ladies. Your voices are being heard.