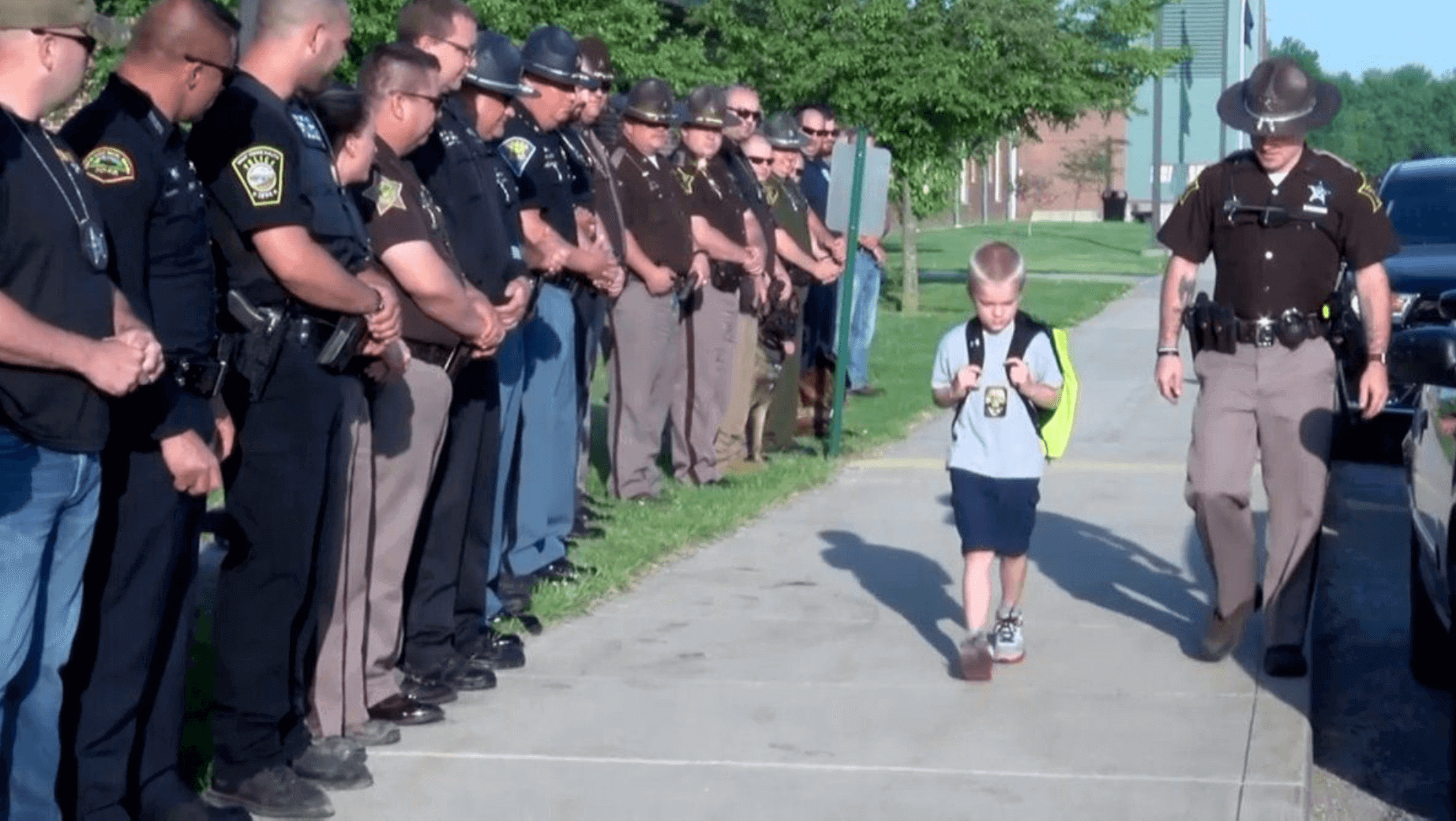 Dakota Pitts was feeling scared and alone before he returned to school after his father, Rob Pitts, was killed in the line of duty on May 4th.

He asked his mom if one of his dad's friends could drive him to school so he wouldn't be alone.

He was greeted at school by 70 cops from all over the area. They welcomed him and made sure his first day back was filled with people he loves.

"He will definitely know his dad was a hero," Pitts' sister, Kelli Jones, said. "Blood doesn't always make family and I think the blue family went above and beyond."

Dakota will definitely remember this moment and how important his father was to him and the entire police force.