Eyes on the (Nobel) Prize 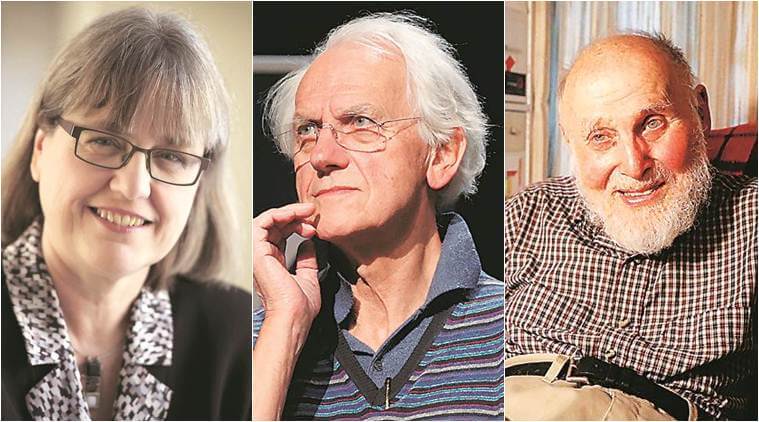 Throughout this week, the The Royal Swedish Academy of Sciences is announcing the 2018 winners of the Nobel Prize across various disciplines, and there have been some big highlights so far.

In physics, half of the award went jointly to Donna Strickland and Gerard Mourou for their work on laser pulses. Strickland is the first woman to win the award in 55 years and just the 3rd overall, joining Marie Curie in 1903 and Maria Goeppert-Mayer in 1963. The duo won for their work on short and intense laser pulses, which have been used in laser eye surgery and various other applications.

The other half of the award went to Arthur Ashkin. He developed "optical tweezers" which can pick up small particles such as viruses without causing any damage. Ashkin reportedly told Nobel officials he "might not be available for interviews about the award because he is very busy working on his next scientific paper." He's 96. And the oldest winner of a Nobel Prize. Talk about a boss move.

The award in physiology or medicine went to James P. Allison and Tasuku Honjo “for their discovery of cancer therapy by inhibition of negative immune regulation.”

Their work established for the first time that a patient's own immune system can be used to attack cancer cells. It has led to numerous new cancer treatments and has saved countless lives.

In chemistry, half of the prize went to Frances H. Arnold for her work in the "directed evolution of enzymes," and the other half went jointly to George Smith and Gregory Winter for their work in phage display, a process to evolve new proteins.

And just announced this morning, the Nobel Peace Prize has been awarded to Denis Mukwege and Nadia Murad "for their efforts to end the use of sexual violence as a weapon of war and armed conflict."