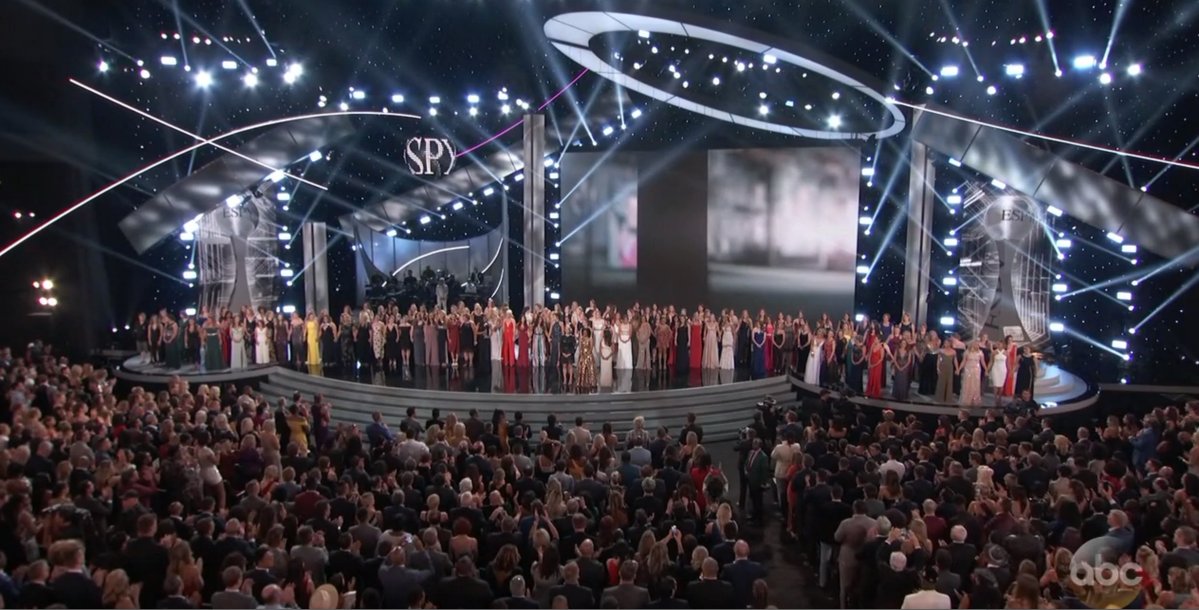 Hundreds of women known as the "sister survivors" were honored with the Arthur Ashe Courage Award at the 2018 ESPYS on Wednesday night.

In a moment as powerful as they come, 141 women took the stage in unison to claim the award. The survivors, including hundreds more unable to attend the event, were honored for their "strength and resolve" in bringing "the darkness of sexual abuse into the light."

The group famously spoke out against the sexual abuse they experienced by disgraced USA gymnastics and Michigan State team doctor, Larry Nassar.

Said Sarah Klein, the first ever victim, "(We) represent hundreds more who are not with us tonight. Make no mistake, we are here on this stage to present an image for the world to see: a portrait of survival, a new vision of courage."

Olympic gold medal gymnast Aly Raisman added, "To all the survivors out there, don't let anyone rewrite your story... We may suffer alone, but we survive together."